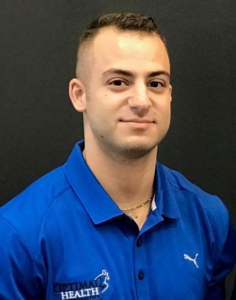 Nicholas Tagliaferro is a board certified Doctor of Chiropractic who earned his degree at New York Chiropractic College.

Dr. Nick is a former athlete who experienced sports injuries of his own, leading him to pursue his Bachelors in Health and Rehabilitation Sciences at The Ohio State University. During his time at OSU, Dr. Nick was a member of the Division I Men’s Gymnastics Team for four years, where he earned athletic and academic honors.

Originally a native of Sewell, NJ, Dr. Nick is excited to be a part of the Optimal Health Team to help the people of Atlantic County attain their health goals.